Even when she was very young, Faline had always loved cats. As a baby,
she had cried when she could not see her stuffed cat, Speckles. When Faline
had turned five, her mother had bought her a fluffy white kitten, whom she
named Princess. Three years later, she had adopted two new cats, a calico and
an orange tabby, named Daisy and Tigger.
Four years later, Faline was attempting to help to digest her father’s dinner meal by going for a walk down the street by her apartment, when she heard a soft “meow” coming from the alley. When she turned into the dark sliver of sidewalk, she pinpointed the sound to a dumpster pushed haphazardly against the side of her building. Bracing herself, Faline opened the lid and saw a small, thin, black cat. His green eyes sparkled, mirroring hers, but when she lifted him out, she saw that he was extremely malnourished, and his ribcage jutted out, his skin stretched taut around it. Despite that, his coat was extremely smooth, almost like silk.
Faline decided she would bring him up to her apartment and ask her father if she could keep him, since her mother was at work. When she was safely inside her family’s 3rd story apartment, she set the cat down on the bathroom floor, unsure as to whether or not he was potty-trained. Then she set out on a search for her father. She found him in the kitchen, drinking a mug of coffee and reading a magazine.
“Dad!”, she cried, “You’ll never guess what I found outside!”. She ran to fetch the cat, and set him on the table in front of her father. “Can we keep him? Please?”
Faline’s father sighed. “I’ll have to talk to your mother, but why don’t you get him something to eat in the meantime?” Faline squealed, scooping up the cat and setting him down again in the bathroom. She ran to get some bowls, filling one with water and the other with cat food.
“This’ll have to do”, she said, “I hope you like lobster-flavored kibble!”. The cat gobbled it up, acting like he hadn’t eaten in days! He probably hadn’t, Faline realized. “Now, not too much at once, or you’ll get sick!”, she said, and reached toward the bowl to move it away. As soon as her hand brushed the dish, the cat bit her hand with immense force, shaking his head at the same time, making streaks of bright red across her cocoa-colored skin. Faline yelped, and that was enough to startle the cat into unclenching his jaw.
“Bad Baxter!”, she shouted, startling herself. When had she decided to name him Baxter? She brushed the thought aside for the time being, focusing on her injured hand, which was gushing blood like a waterfall. She ran to the bathroom sink, quickly turning on cold water, and forcing her hand under the stream. The pool of water in the bottom of the sink was bright red, and she tried not to look at it.
Faline realized that she couldn’t let her parents know about Baxter’s violent act, and quickly disinfected and bandaged the wound. Then she grabbed a damp towel and cleaned the red stains from the tiled floor. Then she carefully wiped off Baxter’s paw, making sure only to do so after his bowl was empty. Now that his stomach was full, Baxter was completely calm. Faline realized he had only been scared because he thought she was going to let him starve.
Once she was done in the bathroom, Faline made baxter a bed from a pillow and a few old t-shirts, and set it at the end of her mattress, leaving him there on display to her other cats to see, while she went out to the kitchen to see her father.
“Good news!”, he said, “Your mother says that since you’ve been so responsible taking care of Princess, Tigger, and Daisy, you can keep the new cat until his owners come to get him. That is, if his owners come to get him. If he really is a stray, then he’s yours!” Faline was so happy, she ran over and hugged her father.


Thank you, Dad!”, she said, “You have no idea how much this means to me.” After she was finished thanking her father, Faline went back down to her room, dressed for bed, and climbed under the covers. She fell asleep staring into Baxter’s emerald eyes. 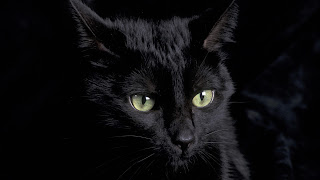