Was the Moon Landing Fake?

Every year some theorists comes up with some theory that some very famous, historic action that took place in american history was….fake. And the one that most people can't stop talking about is the moon landing. Now, I know what you all are thinking, “how in the world could the moon landing be fake?!” However, if you look very, very closely, the evidence is all there. Here are just a few reasons why people believe that the moon landing was fake:

So what's the one thing that space is known for? Planets? No. No gravity? No. The stars? Yes! The stars! The most popular feature about outer space. Now you might be asking, “why are you talking about stars all of a sudden?!” Well, I am talking about the stars because this is part of our evidence. So here's another question: where is the best place to see stars? Well, space of course!
So when Neil Armstrong and Buzz Aldrin blasted off in 1969, and recorded everything on tape, there were no stars. Now if you don’t believe me, check out this picture:

So where are the stars? Well, the theory of the missing stars, was that whole moon landing was filmed on a soundstage and all the actors, or ‘astronauts’ were just standing in front a curtain.

Next up, the rocks. “Wait, how are the rocks part of the evidence?” Well, not all the rocks are involved, just a little tiny rock, nicknamed The “C” rock. If you don’t know what that is, its a rock discovered on the moon, with a perfect “C” carved into it! Just look! 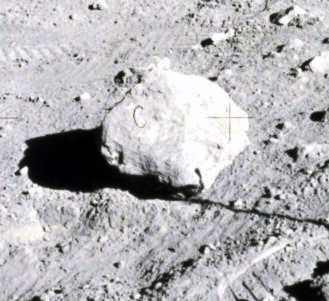 The picture of The “C” Rock was one of the most famous pictures taken from the moon landing. As you can see, the “C” looks almost perfectly symmetrical, making it highly unlikely to be a natural occurrence.

The theory is that the rock was a prop, labeled “C” to be able to keep track of it, and it is only visible because of an accidental placement of the rock in the wrong position. The “C” rock is almost impossible to explain--except for the soundstage theory!

After photographs of the moon landing were released, many conspiracy theorists were quick to notice a mysterious object in the reflection of the astronaut's helmet from Apollo 12 mission. The object appears to be hanging from a rope or wire that has no reason to be there. 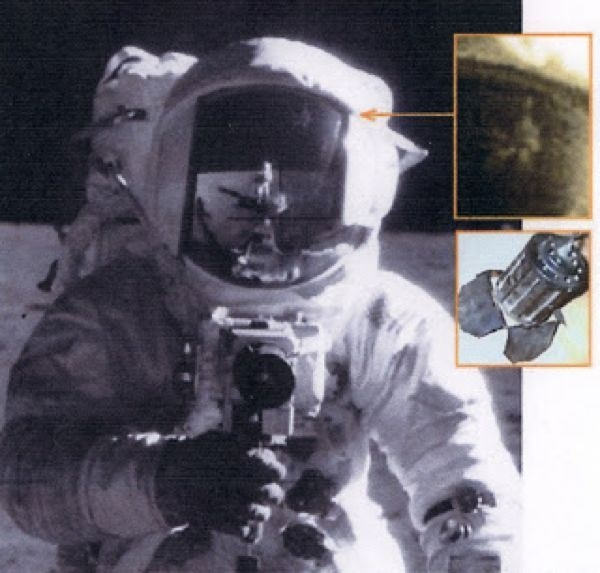 And speaking of weird wires, people are actually screenshotting pictures of the moon landing, stating that there are visible wires hanging from the top and attached to the astronauts, theorizing that the wires are part of the zero-gravity effect. 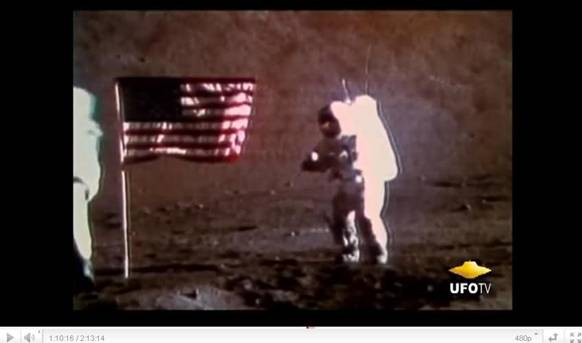 People also say that the shadows of Aldrin and Armstrong did not look right. The shadows stretched in many different directions, which got some people confused because NASA said that the only light source was the sun. Why didn't they have only one shadow?

The next part of the evidence is about the flag. There is a clip of Aldrin planting a waving American flag on the moon, which critics say proves that he was not in space. The flag's movement, they say, clearly shows the presence of wind, which is impossible in a vacuum. 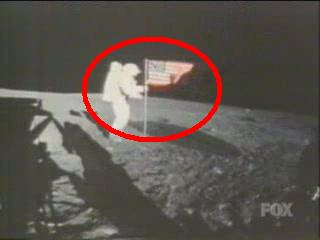 NASA says Aldrin was twisting the flagpole to get the moon soil, which caused the flag to move. (And never mind that astronauts have brought back hundreds of independently verified moon rocks.)
Theorists have even suggested that filmmaker Stanley Kubrick may have helped NASA fake the first lunar landing, given that his 1968 film 2001: A Space Odyssey proves that the technology existed back then to artificially create a spacelike set. And as for Virgil I: Grissom, Edward H. White and Roger B. Chaffee — three astronauts who died in a fire while testing equipment for the first moon mission? They were executed by the U.S. government, which feared they were about to disclose the truth.

I am sure there is still a lot more evidence to cover, but unfortunately, we don't have all the time in the world. Until more evidence is found, the case of the fake moon landing is still unsolved. 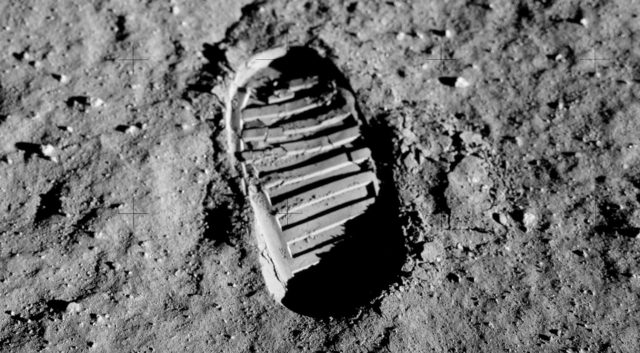