Coronavirus in a Video Game?!

What if a game could prevent a real-life disaster? Let’s talk about World of Warcraft--specifically, the Corrupted Blood Plague. 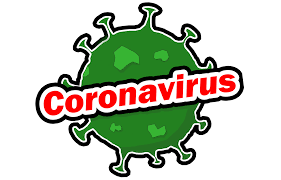 Now, before we start, what is World of Warcraft? Well, it’s an online multiplayer role-playing game (MMORPG). It came out in 2004 and is still played a lot to this day. You can play with other people to battle non-player characters known as NPCs to gain levels and battle other players with pets.

Back in September of 2005, the maximum level was level 60. People who were at level 60 could go to fight in the Zul’Gurub (ZG) Raid. While in there, you were infected by a so-called virus. This ‘virus’ was able to slowly bring down your health, but for the high-level players that were allowed in there, it wasn’t anything deadly. The catch to this ‘virus’ was that it was contagious. It could spread from player to player, from player to pet (And vice versa), and even from Player/pet to NPC.

Of course, it was only intended to exist in the confines of the ZG raid, so once you left that area and went back to the main world it disappeared, but the developers missed one major thing, that forgot to make it disappear off pets. Soon the pets started giving it to players, and players gave it to other players, and soon even the NPCs got it. Just like Coronavirus was likely caused by bats, Corrupted Blood can also be classified as a Zoonotic Virus, or a virus originated in animals. Like I said, it was nothing deadly… to the high-level players, but for the players under the level of 40, it was a near-instant death.

Some higher-level players tried to help heal those of lower levels, but that resulted in them getting infected themselves, just like in the real world, how doctors and nurses are most susceptible to COVID-19 because they come in close contact with infected people. Some people tried to run from the virus, while some others tried to get a look at it for themselves. Some tried to catch the virus and spread it to others. Some players found themselves dead before they even realized what was happening. So just like the real-life pandemic that we’re in, Corrupted Blood did not affect all players equally, and just like real-life the in-game ‘virus’ was spread in very populated areas like cities and shops. Corrupted Blood spread so quickly that it became almost impossible to avoid, infecting millions of players. The news was so big that doctors and scientists came to the creators of WoW looking for information to possibly stop a real-life outbreak like this in the future, but the developers just pushed them back saying that it was, “Just a game.”

Soon, the developers stepped in and fixed everything, just like we wish to do in the real world, but we can’t just change the coding or reset a server. The Corrupted Blood Plague may have just been a bug in a video game, but it could’ve just maybe helped stop all this.

Too bad that we don’t live in a video game… or do we?