What is Mythical Monday, Anyway?

Mythical Monday is a new weekly feature that we'll be running in The Sparta Spirit. Every week, we'll be posting a breakdown of a new cryptid/mythical creature. For our first feature, we'll be focusing on The Batsquatch of Washington State. 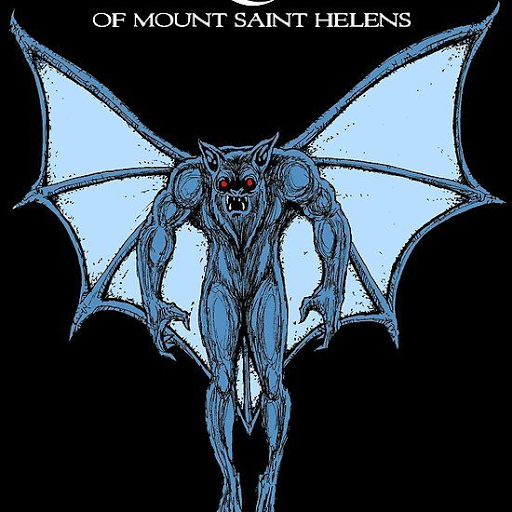 Batsquatch is a flying cryptid that was allegedly sighted near Mount St. Helens in the 1980s. It resembles a flying primate, similar to the Ahool and the Orang Bati of Southeast Asia, and its name is a portmanteau derived from the words "bat" and "Sasquatch." A witness allegedly took several pictures of the creature. However, these pictures have not been yet analyzed, and thus cannot prove the creature's existence.

This creature is said to have yellow eyes, a wolf-like muzzle, blue fur, sharp teeth, bird-like feet, and leathery bat-like wings that span up to fifty feet. Occasionally, it is seen to have a 6 pack. In addition, Batsquatch is said to be 9 feet tall and has the ability to affect car engines. This is possibly a misunderstood sighting of Mothman considering it also affected man-made things as Mothman can.

In April 1994, Brian Canfield was driving in Washington's Pierce County when his truck suddenly died. Canfield said a large creature landed in front of him. He said it was human-like, 9 ft tall with batlike wings, and also sported a coat of blue fur. Ever since then it has not been seen and skeptics dismiss it as a hoax. A possible second sighting was reported in 2009 near Mt. Shasta in California. Several hikers witnessed a "huge" creature with leathery wings (spanning 50 ft.) fly out of a crevice in the mountain. At first, an eye-witness described the creature as having a head similar to a pterodactyl, however, upon reconsideration the witness claimed it was more akin to a bat or a fox. In June 2011 Pheonix Tieraz (pseudonym) was in his yard walking his dog. He went to pick up the dog when he saw something in the sky. He said the following: "I saw something flying in the sky. It had bat wings, blue fur, and had a face similar to eyes glowing red. It was about 9 feet tall at the least, after I watched it just flew away. " On April 14, 2014, at Archbishop Hoban High School in Akron OH, a second-period Spanish class spotted a giant black mass zip by the window of the classroom at incredible speed. The class claims it was about 9 feet tall with a 20-30 foot wingspan.

I think this cryptid is real because there are many eye-witnesses, and the evidence is pretty believable.