Kakorrhaphiophobia VS Frisson: a Short Story (of Sorts)

Disclaimer: This story references several obscure and/or antiquated words from long ago. For your convenience, the definitions of these terms have been listed below. Yes, these are all real words!

Lalochezia (noun) [lal-oh-CHE-zi-a]: The use of vulgar language to relieve stress or pain.

Tittynope (noun) [tit-ee-nope]: a small quantity of something; a crumb.

Frisson (noun) [free-sohn]: a sudden feeling of excitement; a thrill. 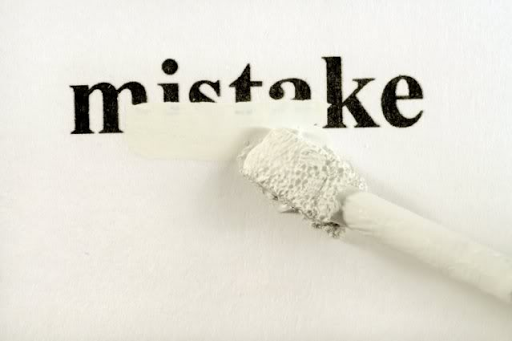 Carl had always had problems doing things out of his comfort zone due to his kakorrhaphiophobia. However, one day as he was watching Wipe Out, a commercial came on.

“Do you suffer from constantly overthinking what you could do wrong? S T O P ! You don’t need to. You can be free from those thoughts forever more! Everyone makes mistakes! With this brand new and improved-”

He turned off the television before seeing the product. He stood up from his sofa and decided he was going to do everything he couldn’t before in a brief state of frisson that would prove to last only a short while. He roller-skated to his work even though it was his day off, he went over to his boss and yelled large amounts of lalochezia at him. Then he went over to the faculty lounge and ate everything he could fit in his mouth at once, leaving tittynopes of food on the floor around him. His coworker came up to him and tried to stop him from eating his yogurt when Carl had a realization.

“Wow, Jimmy… I never realized just how much agastopia I had for your cheekbones,” Carl stated.

“Carl, I really don’t care what you think of my cheekbones. But can you please explain to me why you’re wearing roller skates in the faculty lounge and just ate my yogurt, Betty’s diet coke, Cindy’s salad, Nick’s cheese, and Libby’s cherries all at once? Not to mention on your day off...” Jimmy asked, concerned.

“I saw this commercial that said everyone makes mistakes so I thought-” Carl started, but Jimmy cut him off.

“Carl, that was a White Out commercial.”