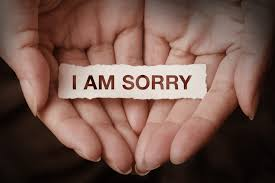 I get told a lot that I say sorry too much,

I wish I wouldn’t do as such,

But I’m having trouble being your crutch,

I clutch onto the past even though you have forgotten my touch,

So I start to overthink how you feel and slowly declutch

I do this because I want to stay in touch but I’m sorry if I say sorry too much.
May poem poetry sorry