The History of the 13 Colonies: An Informative Resource 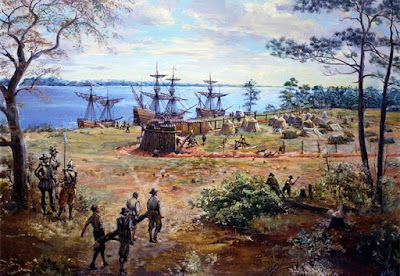 Have you ever wondered about the history behind

the thirteen colonies? When settlers reached the

new world, they didn’t know what to expect.

Many people died on the journey. When the settlers

got to the new world they met the Natives.

They thought everything would be fine and

that everyone would get along,

but they thought wrong…

Read on to find out more! 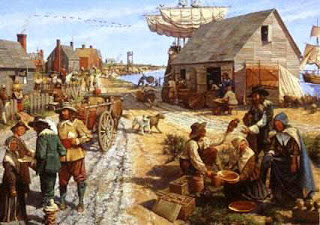 Colonial life was hard for some people and easy for others. When some colonies were established, many people were too busy looking for gold than hunting for food. Winters were hard for some settlers. Settlers died of starvation or the coldness. In England during the 16th century, there was a food shortage. Many of the farms had been replaced by sheep. People were more worried about buying wool then starving. When the colony Maryland was created many people went there because it was a very religious colony at the time. Maryland was very similar to Virginia because the king wanted Maryland to grow and sell tobacco. 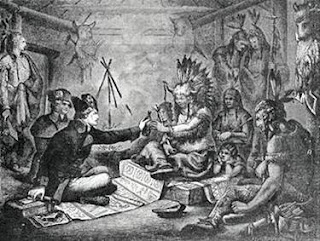 There were many different Native Tribes. Some tribes were fighting with the settlers. They were all fighting over land. Many people also used river mud to build tall mounds that formed the center of their communities. The tall mounds served as gathering places for ceremonies, platforms for temples, and homes for the tribe leaders. The mounds could be built up to about 60 feet tall. Some of the other tribes had clan groups that were named after animals, such as The Turtle, Snipe, Bear, Heron, and Wolf clans. A clan could have a hundred members. They all lived together in a big hundred-foot long house. During the summer everyone moved closer to the water to stay cool when it was hot outside. Tribes that lived closer to the coast would often eat the meat from clams and sea snails. Then they would polish the shells and make beads out of them. They would also trade them to other tribes for animal fur. 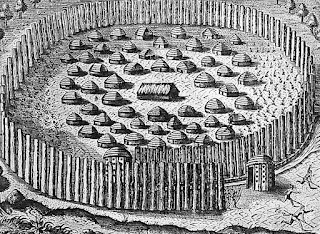 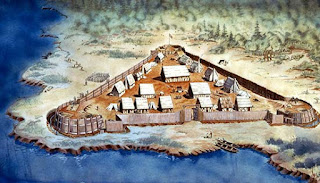 Jamestown was the first successful colony. When all the new settlers arrived, they all had to find a location for a fort. The spot they chose was not a very good choice. The fort turned into a swamp in the summer, a freezing ice cold winter wonderland which some settlers died in, and plus the natives would frequently kill them. The settlers kept getting killed or kidnapped by the natives. When settlers were walking outside of the fort, the natives decided to kidnap them and then kill them. When Captain John Smith came to the settlement, everything started to get a lot better. Smith was the president of Jamestown. He enforced laws and rules, which helped the settlement grow. When John Smith was injured he had to go back to England. Only 60 out of 500 settlers survived the next winter. Then the colony was introduced to tobacco. Tobacco helped the colony grow very much. 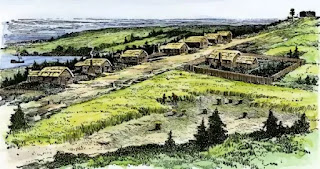 The Pilgrims started Plymouth in the new world, so they could follow their own religion. The king made everyone follow the same religion, and if you were caught not following this religion, you would be arrested. When they first tried to go to the new world, the Pilgrims took two boats but arrived with one. One boat got a leak, and everyone had to return to port to get everyone to safety. The Mayflower ended up leaving with about 130 people. Two of the Pilgrims died on the way to Plymouth, leaving about 125 Pilgrims. The voyage was rough and challenging for some of the Pilgrims. There were storms, which made the main beam crack. When everyone arrived to Plymouth, they found a nice harbor for the ship, a river for fresh water, and flat land for farming. The Pilgrims started building their village and Plymouth was created.