No light down here. Cold

August 17, 2084
I'm so excited. This is the first time that we get to explore the deep ocean. We will discover thousands of new species. It's me and a group of scientists that will explore the place where no light can go. Training starts tomorrow. We start with scuba diving training, then move on to being able to withstand pressure. I’m so excited!

August 19, 2084
First day of training was great, I have been preparing for months.
It was a breeze, as of now I'm at the top of my class! I can’t wait to tell my family, my kids will be so excited.

August 27, 2084
It feels weird. I haven’t written in a while. Training is tiring. I think I might be falling behind.

September 2, 2084
Sorry, I should have written. I’m just so tired. Got to say hi to my family, that's just it, hi. Something feels wrong, but I can’t back out now. I think I know too much. That’s probably just me though, they’re very nice people.

September 4, 2084
The date has been set we’re going to be diving, it’s sooner than we all expected. I can’t wait to tell my family, they will be so excited.
it’s so soon: November 25.

September 29, 2084
Training has been getting more and more intense. I just fall into bed at the end of the day. They’ve started pressurizing our cabins. Kinda surprised my ears don’t pop heheh….

October 17, 2084
I got to talk to my family again. Seemed a bit suspicious they reacted the same way. I feel like these people are watching us too closely. Anyway, I'm tired--that's what's making me crazy, that’s all.

October 21, 2084
We have been getting lecture after lecture, forced to take notes. It’s just safety stuff though. I don’t really need to know it unless there is an emergency, which is not very likely.

October 27, 2084
It’s getting close. I can feel it. Everyone is jittery from nervous excitement. If you ask me I’m more nervous than excited. It just feels like the excitement fades away as it gets closer and closer.

October 31, 2084
I miss my kids. They’re all dressed up today, getting candy. I wish I could be with them, it’s not too long till I see them.

November 3, 2084
We are adjusting to the pressure. It feels strange. They told us the human body can only go so far, so the suits have to do the rest. We have to be extremely careful. They haven’t found a way to make the suits indestructible.

November 5, 2084
We are starting to practice with the suits. They are very hard to work with. There’s room inside them, so it feels like you’re in a state between floating and standing. The suits don’t have any glass in them, so we have to use cameras. Today we mostly practiced using the cameras.

November 9, 2084
We started diving in specially pressurized water. The cameras are all around you, and you have to switch around them. The water feels strange, like you can hear faint noise but not much more. We use radios to communicate, but they’re not very good. There are long periods of static or silence. You'd think with all this new technology they would have better radios.

November 11, 2084
If I thought things were getting intense before, I was wrong. Feels like I’m in school again, except if I get it wrong, someone could die. I hate this kind of pressure, I'm just going to mess up.

November 15, 2084
It’s so close. They’ve pushed us to our limit, getting us ready. I can’t wait to document all of our new findings. Other than robots who built base one, no one has ever been down there before. The robots built a small house-like thing for us to stay in. I wonder what will be down there!

For You: Part I

for you "boy"
september tenth two-thousand seventeen
there was a boy. he needed a licence to kill with eyes like his. perfect sun kissed completion, gorgeous, silky chocolate hair. this boy was doing things to her, making her feel like she never had before. chubby cheeks with a rose hue, a genuine smile that always caused her eyes to wrinkle at the mere mention of him. does he know, will he ever know? how with words he wipes her tears away? how loved and appreciated she always feels in his presence? even though she might not receive proper and well needed sleep, it didn't phase her, she would gladly give it all up to exchange late night messages with him. so far this has been approximately one-hundred ten words that force her brain to question what love is and if it is applicable to this specific situation involving herself and him stuck in the middle. does she love him, does she not? as of now she is definitely confident that picking petals off of daisies, puckering h…

Asha - Firewielder - blood color - red (Sis to Kyle) (Age: 8 ) Background story: when parents were in Hawaii, snuck off to Crystal’s to get to know her more as a friend. Bro followed.

Kyle - Frostmolder - blood color - white (Bro to Asha)  (Age: 8) Background story; when parents were in Hawaii, sister snuck off to get to know Crystal more; he followed.

Juliet - Weatherbender - blood color - clear (Age: 8 ) (Sis to Violetta and Jamie) Background story; Mum & Pa are scientists for global warming; when parents were in Antartica she and her siblings secretly went over to Crystal’s to meet up with their friends Asha and Kyle (see above).

Violetta - Waterformer - blood color - turquoise (Age: 9 ) (Sis to Juliet and Jamie) Background story; Mum & Pa are scientists for global warming; when parents were in Antartica she and her siblings secretly went over to Crystal’s t…


Does social media have a positive effect on people? Social media is used throughout the entire world. 71 percent of the nation’s population uses some form of social media. Although social media may be a good source to communicate with your friends and family, it has its downsides.

When people receive these hateful comments, they change who they are so people will ‘like’ them. The victims of cyberbullying usually give in…

The Unfinished Book An Incomplete Short Story by Gaaya N

The cold wind rushed against the pages of the worn leather cover. The attic floorboards creaked, as my mother appeared behind the door. She said she had called me for a dinner that was now no more. “Oh come on!” my mother croaked when she saw me with The Book, for she had an dreaded cold. “Oh my dear, why must you look at that old thing?” “It's the 2 anniversary since father…” I trailed off and glanced down at the book icily. “Since he disappeared,” I finished. “Come now dear, let's not think about the past but of the near future!” my mother said in her we-will-not-talk-about-this-anymore-end-of-discussion voice.  She led me down the stairs where my supper was ready, lukewarm by now. Alas I didn’t think my journey would end soon, for I had a fascinating discovery...
The End
(What do you think of this story? Leave a comment down below! Also how do you think the story will end? Be as creative and artistic as you desire!)

By Gaaya N & Chloe B

If you play Minecraft and enjoy fighting fearsome monsters in Survival Mode or unleashing your inner architect in Creative Mode, be wary, as deep within Minecraft’s code lies a hack, one that could release your Minecraft world and the rest of your data into the “void.” Now, don’t worry, Herobrine doesn’t spawn. You don’t have to watch out for that ghostly virus. If you’re searching for a new look, select your Minecraft skin carefully, or else face the wrath of some of the greatest hackers in the world. Since April 17, 2018, there have been 50,000 Minecraft accounts (and counting) that have been infected with the skin virus, according to alphr.com. A cybercriminal might be the best choice for you fantasists out there, but the reality is bored, inexperienced players looking to be amused. The problem with this virus is that parents believe Minecraft to be safe. 43% of Minecraft’s users are under 21, including Gaaya and I. Mojang isn’t screening each upload for a vi…

Prologue:          Two figures, one cloaked in white, the other in black. The crunch of the leaves in the clearing is the only sound in the quiet, dense forest. The figures stare at each other for a moment, silent. “Sister,” the white figure says at last, deep and rich like a man’s. The black figure acknowledges her brother with a curt nod of her head. “Brother,” she greets him, her voice breathy and light, rivaling that of a woman. “Darkness is stirring,” the god says. “You must stop it.” “I am aware.” “You are not. Sister, they are coming. You must remember the prophecy. Do you?” The goddess nods, and together in unison, they say, “Dark and Light must unite. Fire and Water must fight. One born with all can stop the world from its fall.” “I’d always thought of it as cryptic,” the goddess says delicately. “But now—I know what it means.”

Chapter 1:         Yawn…just a few more minutes… “Wake up!” snaps a voice outside my bedroom door. Then follows a knock that sounds more like a hammer. … 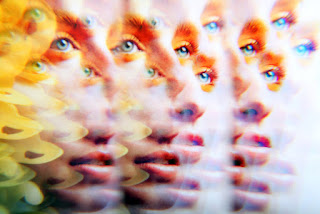 Error: A Short Story (Part One)


“Glitch!”
“Watch your language Dr. Circuit!” The nurse teased. They’d nicknamed him that since he barely slept and worked constantly, like a circuit, a powerful one at that.
“I dropped it….” He said in a mixture of confusion. He never messed up, he never made mistakes. This felt weird to him, like he wished he could burrow himself into the cold, damp concrete floor below them and stay there, where he could never make a mistake again. His pale face started to redden.
Embarrassment. The nurse thought as she watched his face. She’d never seen the doctor in such a vulnerable state. For all the years she’d worked in the nursery, she’d never seen him break a sweat. He’d walk, head tall through the plain white emotionless walls, his bald head matte with the missing shine of worry that the rest of the doctors and nurses got every day.
Snapping back to the present, Nurse G92 bent down to the concrete floor and picked up the chip implant in a fluid movement. …


Dedicated to hackers across the globe: “Hacking is not a villain’s play. It is like fire, and can be used for destruction or comfort.” —Nightmare (nigh7m4r3)

All about Corgis
You probably have seen the GIF of the little swimming Corgi, that’s what most people think of when it comes to Corgis. But Corgis are so much more! Their stubby little legs or puppy eyes will melt your heart!
What Corgis Eat- You may think “They’re dogs they eat dog food.” Well here’s a plot twist, not only do they eat dog food, but most the time their owners feed them yogurt or  cottage cheese. In fact, it’s good for them because it helps them become stronger. What Corgis Like to Do- Corgis are very easy to train and are very playful. People don’t expect this, but they’re originally herding dogs. Imagine a little Corgi herding up a bunch of goats or sheep. Corgis are really good with kids because they’re so gentle and loving. Just How Stubby Corgis Are-The most common type of Corgi, Pembroke Welsh Corgi, are 10-12 inches tall, and that’s fully grown. If you don’t know how tall that is, a Lab is 22-24 inches! That’s almost 2 Corgis on top of each other! Plus if y…