Are We Living in a Simulation? 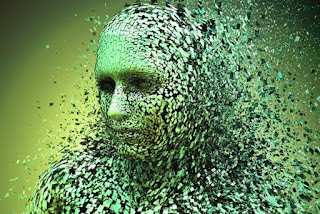 From cyberpunk classics like Neuromancer and The Matrix, to the virtual reality-fuelled film Ready Player One, pop culture has long been fascinated with the idea of living inside a computer simulation of the physical world.

Over the years, scientists and philosophers have contemplated and researched the theory that the world is a digital realm controlled by a higher, endoparasitoid and extraterrestrial government.

Most recent evidence is gravity itself. Gravity alone is one of the hardest concepts to understand. So much fundamental information about gravity has gone undetected, therefore not researched. Without proper research, we can't begin to understand the cases of gravity in these videos.

One video was documented by a security camera outside of a suburban house: a small bird that seemed to float without its wings in use.


Another video that looks quite a bit more realistic, is a bird that appears to be flying but is standing still in midair.

Though it seems unbelievable, some of the greatest minds believe in the possibility of a simulated world. For example, Elon Musk has discussed the idea of the simulation theory. He says there is a “one in a billion” chance we’re not living in a computer world created by superintelligence.

The apparent inability to discern whether we're living in a simulation — unless you're able to bust out of the machine like Neo in The Matrix, perhaps — has led scientists to criticize the idea.
article bizarre Creepy sci-fi science science fiction simulation theories