The Lore Behind the Love: the Origin of Valentine's Day 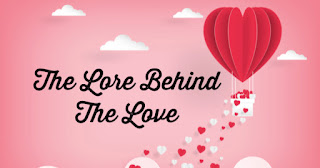 February 14 is almost upon us again, and that means that it’s Valentine’s Day! But what lies behind this chocolate-filled holiday is what piques my interest. The legend of Valentine’s Day stems from the tale of Saint Valentine, a Roman priest from the third century. After Emperor Claudius II outlawed marriage for young couples because he thought that single soldiers were better than married ones, St. Valentine continued to marry young couples in secret, until he was found out and thrown in prison. While in jail, Valentine fell in love with the Jailor’s daughter, leaving her a love letter signed with, “From your Valentine”. This started the tradition now known as Valentine’s Cards, but that didn’t start until the 1850s. No one really knows when we started honoring St. Valentine, but it’s become a tradition all around the world, so get your Valentine and some chocolate to celebrate this special day!